Jetstress is your tool of choice to check the performance and stability of your storage design under load. It simulates Exchange I/O behaviour using Exchange 2013 patterns allowing you to verify dimensioning and validate performance expectations from a database perspective. 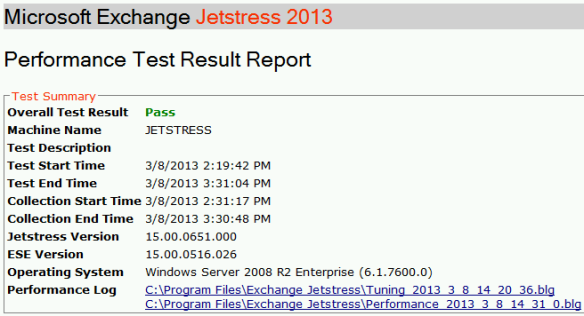 Note: The installer currently installs a shortcut named “Exchange JetStress 2010”, but it really is JetStress 2013.