That’s excellent, no hotfixes to install upfront and the required reboot that goes with it. For the suspicious, here’s a what Setup reported missing on a freshly installed Windows Server 2008 R2 SP1 server: 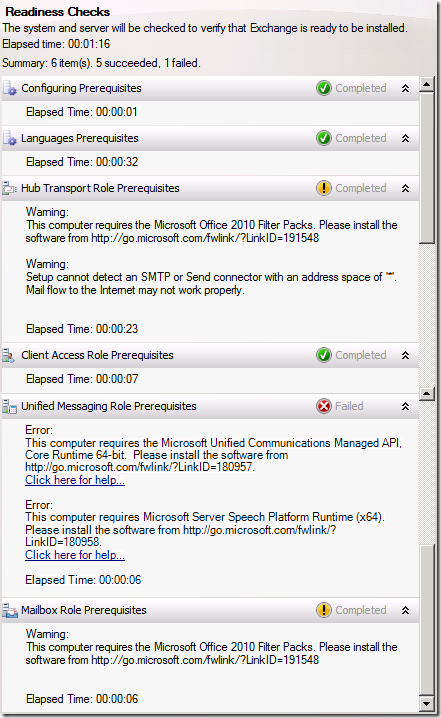