Azure Active Directory Module for Windows PowerShell (AADMPS) enables organizations to not only configure MFA for existing end users who use PowerShell, but also enhance their current provisioning process with MFA options. By pre-configuring MFA, administrators can prevent end users from having to go through the initial MFA setup process and use their currently configured mobile phone or office number for verification.

Read the full article over on SearchExchange

In this first tip on SearchExchange, I explain how you can configure Multi-Factor Authentication in Office 365, discuss the so-called contact methods, explain app passwords for non-MFA applications as well as show the MFA end user experience.

Read the full article over on SearchExchange

As a quick reminder, to configure permissions for user Francis to send e-mail messages as Philip or on behalf of Philip, you would use:

You can configure the following options for Send-As or Send-on-Behalf e-mail:

To configure the settings, use Set-MailboxSentItemsConfiguration in conjunction with SendAsItemsCopiedTo or SendOnBehalfOfItemsCopiedTo specifying Sender, From or SenderAndFrom. For example, to configure the items sent as Philip to be stored in the mailbox of both Philip and the actual sender, use the following cmdlet:

It would be nice if Outlook would honor these settings, just like the signatures, so you configure this centrally and have consistent behavior regardless of the client setting. It shouldn’t be difficult, using Exchange Web Services as a vehicle to store and retrieve this information.

As you may know, the msExchQueryBaseDN attribute can be used to limit a user’s scope of the global address book and address searches (also see kb817218). This is helpful for restricting access in environments consisting of multiple organizations or organizations with a substantial  number of mail-enabled objects. The attribute is part of the user object and you configure it by pointing it to a DN of the OU or address list of choice, e.g. OU=sales,DC=company,DC=com. Note that by default msExchQueryBaseDN is empty, so that user will search the whole domain the user’s part of.

With Exchange 2010 SP1, the following unexpected behavior is encountered in Outlook when you’ve set the msExchQueryBaseDN attribute:

Note that if the structure contains many elements, opening the global address list in OWA may result in the following exception:

The message indicates it tries to fit too many elements in the list.

After some digging, I think this behavior is related to dropping address list segregation support for on-premises Exchange 2010 and moving several functions and support for it to Exchange 2010 hosting mode. A possible clue can be found in the Exchange 2010 mailbox attribute QueryBaseDNRestrictionEnabled, which description reads:

This empty GAL behavior when QueryBaseDNRestrictionEnabled is set to $true matches the behavior encountered when setting the msExchQueryBaseDN attribute.

So be advised that while we wait for Service Pack 2, of which the Exchange Team said it will contain some form of (still undisclosed) address list segregation (announcement here),you will run into the issues described above when using msExchQueryBaseDN in an Exchange 2010 SP1 environment.

To bulk clear the msExchQueryBaseDN attribute for a whole domain, execute the following command from the Exchange Management Shell:

In Exchange 2010, by default users have permission to edit their contact information from the Exchange Control Panel. In organizations where this is unwanted, like when account information is provisioned, you need to remove these permissions.

These permissions flow from the Default Role Assignment Policy.

Note: You could have changed the default role assignment. To view the default assignment policy, check the IsDefault attribute, e.g.

Now, each mailbox-enabled user is assigned the default policy when created. You can verify this by inspecting the RoleAssignmentPolicy using Get-Mailbox, e.g.

The assigned roles of this policy can be viewed using Get-ManagementRoleAssignment:

The ability to edit contact information lies in the MyContactInformation. You can view a description of this role using:

The output reads, “This role enables individual users to modify their contact information, including address and phone numbers.”

To remove this ability you have the option of removing the assignment or you can simply disable the assignment using Set-ManagementRoleAssignment, e.g.

Now after logging into OWA the contact information is view-only (despite the Edit button) and the Save option is gone.

Note that after performing this step, if you want to enable contact information for some users, you need to create a new RoleAssignmentPolicy, similar to the default one but with the MyContactInformation and assign that policy to those users. For example:

After the introduction of Exchange 2010 RTM, many developers –especially on Sharepoint – complained that Microsoft had dropped Web Parts support. Web Parts are small pieces of (Exchange) content which you can incorporate in your own (Sharepoint) application or personalized web page using customized URLs. The source of this content can the mailbox of the authenticated user or other mailboxes to which that user has sufficient permissions.

For example, in Exchange 2007 you can access a web part showing your weekly Exchange calendar using the following URL:

Now in Exchange 2010 RTM this didn’t work anymore. Luckily, with SP1 Web Parts were reinstated. Calling a Web Part through an URL always starts with https://<FQDN>/owa, followed by one or more of the following parameters:

Note that when constructing the URL you need to comply with URL encoding rules, so replace a space with %20 and a slash with %2f for example. More information on this subject here. Also, use “?” before the first parameter and “&” between any additional parameters.

Open a monthly view of our calendar:
https://<FQDN>/owa/?cmd=contents&module=calendar&view=monthly

Open our inbox with a reduced UI (to fit it in smaller spaces):
https://<FQDN>/owa/?cmd=contents&module=inbox&part=1

Access the Projects folder located in the root of another mailbox:
https://<FQDN>/owa/pmortimer@lab.local/?cmd=contents&fpath=projects

For those unfamiliar with this Web Part functionality, be sure to check it out as it allows you to easily integrate Exchange information in your application or website. More detailed information on using Outlook Web App Web Parts check here. For those running Exchange 2007, this information is located here (there are some minor differences). 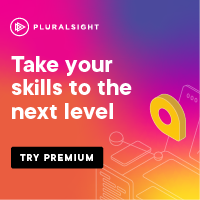