Updated May 9th: Added Share to Teams. to table

Alas, the additional requirement for full Teams integration is that the mailbox server hosting the mailbox should support REST API. Teams leverages Graph REST API calls to interact with mailboxes. In an Hybrid Exchange setup, on-premises mailboxes are identified, and related REST API calls will be directed at the on-premises REST endpoint, landing on your Exchange environment. The requirement for REST API support is something which is not explicitly stated in the Teams integration article, despite my earlier pull request.

It is however stated implicitly in an article on REST support in Hybrid Exchange or the original publication on REST API support in Exchange 2016 CU3 by the Exchange PG, two articles which you might easily have missed or forgotten about. Either way, it states that “All on-premises mailboxes that will use the REST APIs must be located on databases located on Exchange 2016 CU3 servers”.

Thus, with REST API support only being available per Exchange 2016 CU3, Teams will not fully integrate with mailboxes hosted on earlier versions of Exchange. Exchange 2016 can be used to offload OAuth when your mailbox is still on Exchange 2010 (which works fine for Exchange Web Services for Free/Busy, for example), but Exchange 2010 does not support REST API, and thus will never understand those ‘weird’ (proxied) requests landing on /api virtual directory, typical of REST API calls. Consequently, you will see AutodiscoverV2 and REST API calls greeted with a 404:

Knowing this, the assumption could be that this combination doesn’t work at all, but as often the truth lies somewhere in the middle. You can use Teams when mailboxes are still hosted on pre-Exchange 2016 CU3, if you can live with the limitations. Below I have included a short overview of these, or other noteworthy items. The information is complementary to the How Exchange and Teams interact article. I hope it may help in discussions on what works and what doesn’t.

Disclaimer: Validated with mailbox hosted on Exchange 2010 with Exchange 2016 in front, OAuth and SkypeOnline AppId configured, and using Outlook 2016 C2R. Information may be subject to change. The list may not be conclusive; if you have any additional observations, please leave them in the comments.

Of course, the better experience is to be had when your mailbox is hosted on Exchange 2016 CU3 or later (including Exchange 2019), or best when you simply host them in Exchange Online. However, given the circumstances and pressure from the organization to use Teams, that route might not be an option for everyone. Organizations may look at substantial investments in time and resources. In those cases, it might be good to know of alternative less preferable scenarios, and more important, any possible limitations you might encounter when taking a shortcut.

It can also address scenarios where deploying the Hybrid Agent would satisfy organizational migration requirements. For example, moving mailboxes between Exchange Online and Exchange on-premises while providing rich-coexistence features, but without requiring (re)configuration of the publishing of Exchange services. Other functionality the Hybrid Agent doesn’t offer is mail transport. Future builds of the Hybrid Agent might introduce cross-premises functionality, such as Send As delegations as demonstrated at Microsoft Ignite last year.

This week, the Hybrid Agent Public reached General Availability status. In the following article for ENow, I discuss the major changes in the agent since the initial Preview release.

Read the full article on the ENow Software blog.

A small tip for those running the Exchange Hybrid Configuration Wizard. As announced at Ignite yesterday, a convenient feature was added to the HCW and is available now. Pressing F12 in the HCW will now open up a panel with shortcuts to the following tools and locations:

Here is how it looks:

For my lab, I often have to recreate the Exchange Hybrid configuration for a fresh setup of Exchange On-Premises using formerly used namespaces. Normally you would just run the Exchange Hybrid Configuration Wizard (HCW) after configuring certificates and endpoint URLs. If you don’t clean up the previous configuration information from your tenant upfront, you may then run in the following error message when running the HCW:

After removing these orphaned objects, you should be able to run the HCW succesfully.

The HCW is needed when you want to configure or maintain your Exchange 2013 Hybrid configuration. When checking the prerequisites, the Exchange 2013 HCW may throw the following error message:

The issue has been documented in KB2988229. An Interim Update is available, as reported here. The IU is available for Exhange 2013 Service Pack 1 (CU4) and Cumulative Update 5. Unfortunately, the IU is not available publicly, but must be requested through support.

The fix will be incorporated in Exchange 2013 Cumulative Update 6.

If you must, you can use Exchange fellow Steve Goodman’s instructions documented here, which describes the process to manually configure Exchange 2013 Hybrid deployments. Be advised that, as Steve also points out, the Exchange Hybrid deployment support status depends on the ability to run HCW successfully. 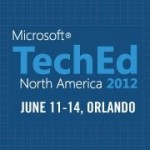 With the TechEd North America 2012 event still running, recordings and slide decks of finished sessions are becoming available online. Here’s an overview of the Exchange-related sessions:

Reason for this blog is that I still see people putting e-mail address in the targetAddress property or the object by scripting against Active Directory (e.g. ADSI), even while they’re scripting using the Exchange Management Shell.

In the Exchange Management Shell, you can set the targetAddress by using the Set-MailContact or Set-MailUser in conjunction with the ExternalEmailAddress parameter, e.g.:

Setting this address is also possible using the Exchange Management Console, which may be more appropriate for testing purposes or a small number of changes (though I’d prefer the less-prone-to-error script any day): 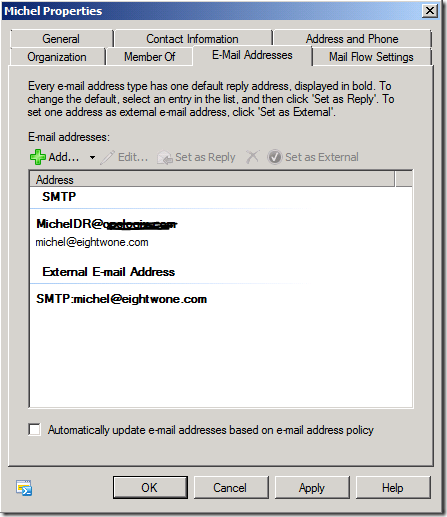 When utilized in scripts, you can use PowerShell Piping Power (is that abbreviation already taken?) to process (CSV) files or use filtering to select the objects of which you want to configure the targetAddress, e.g.:

This will configure all mail-enabled contacts in the Division OU with an @contoso.local e-mail address with a target address which consists of the current alias followed by @newcompany.local. The other example uses a text file with names to process contacts and set the targetAddress to the current value of “alias” followed by the external e-mail domain.

Needless to say, the connectors between contoso and newcompany  as well as the accepted domains should be properly configured to route those contoso.local and newcompany.local domains between those organizations. Of course, this also depends on whether you’re using internal or external domain names and if you want those messages to go through the public network or not.

When inspecting the Update-HybridConfiguration results, it reads:

Updating hybrid configuration failed with error ‘Subtask Configure execution failed: Creating Organization Relationships.
Execution of the Get-FederationInformation cmdlet had thrown an exception. This may indicate invalid parameters in your Hybrid Configuration settings.
Federation information could not be received from the external organization.
..

The problem lies in the sentence “Federation Information could not be received from external organization”. To see where it goes wrong, you could run Set-HybridConfiguration and Update-HybridConfiguration manually, using additional parameters as shown in the result screen, providing proper credentials and additionally addint the Verbose parameter to increase output logged.

Most of the time this problem comes down to one of the following issues, which can be verified by running the following cmdlet, where example.com is to be replaced by the federated domain:

You’ll probably see the cmdlet going trough the discovery motions using autodiscover, ending up in the same “Federation information could not be received from the external organization” message. When analyzing this output, you’ll see it contains two hints on the potential issues:

1. Autodiscover
The first issue often overlooked is internal autodiscover not working via DNS or not being set up properly, i.e. split DNS configurations. Some customers don’t configure internal DNS autodiscover records or don’t allow (internal) autodiscover to go through the proxy from inside.

Normally, when using regular clients like Outlook, this isn’t an issue because domain joined clients will be using SCP records from AD. However, federation will use DNS records so you need allow it or set it up in DNS; a CNAME for autodiscover.example.com as well as autodiscover.service.example.com pointing to your hybrid server will suffice.

Also make sure you enable WSSecurity authentication for autodiscover on your hybrid server using:

To solve this issue, and to get federation working, you need to set up an additional ISA/TMG rule pointing to the hybrid server, using the proper public names (don’t forget autodiscover), bound to the OWA listener. You need to allow All Users (as opposed to Authenticated Users), set authentication to “No Authentication, but users can authenticate directly” and configure the following paths:

After configuring the rule, you need to put it above all the other Exchange rules, making it the first matching rule when federation traffic hits ISA/TMG.

After applying the rule changes, Get-FederationInfo example.com should work and you can continue with the Hybrid Configuration.

For more information on setting up co-existence, consult the steps provided by the Exchange Deployment Assistent. 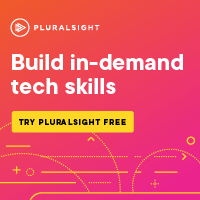